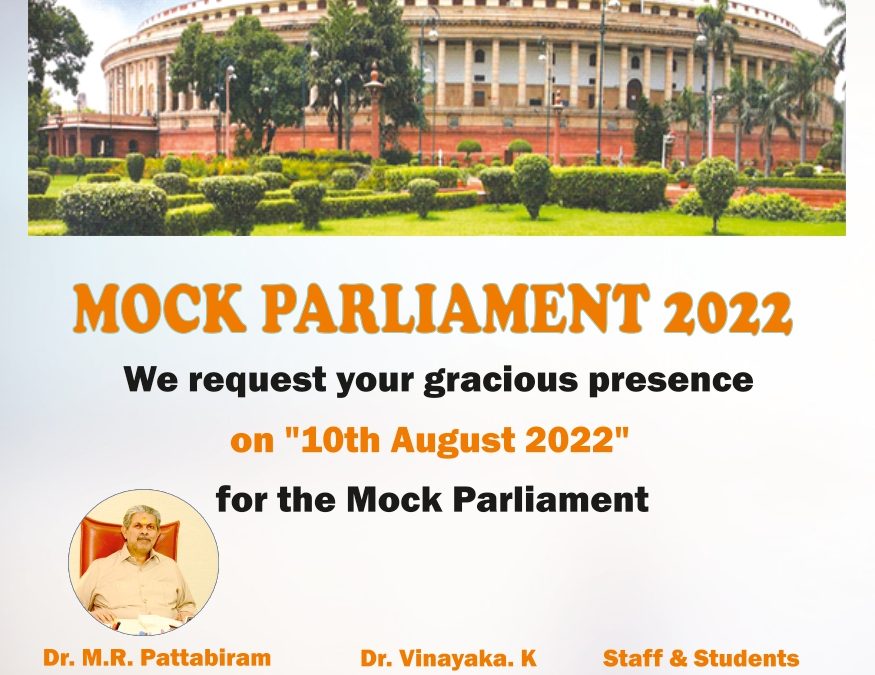 Name of the event: Mock Parliament-2022

A Mock Parliament is a simulation of the parliamentary proceedings of a legislature or other deliberative assembly, often based upon the Westminster parliamentary system. In a Mock Parliament, students play the role of various parliamentarians and discuss a spectrum of issues ranging from political, economic and social problems faced by the country.

On 8th August 2022, Ramaiah Institute of Legal studies conducted a round of selection for the interested candidates from all colleges, out of which the shortlisted students were given parliamentary positions for the final event. The sponsors of the event were SSI Education, offering 2 Lakhs scholarship and Central Bank India education loan offered up to 7.5 Lakhs without any collateral damage.

On 10th August 2022 ,The event was organized at Gokulam Grand, The chief guests, Prof. Ravi Varma Kumar (Senior Advocate, Ex Ag Govt of Karnataka) , Ms. B.V Geetha (KPSC member, ex-information commissioner Govt. of Karnataka) and Prof. Muniyappa arrived at 10:00 am to the Venue. The judges of the event were Prof. Helen Nalini Paul, Dr. Patrick Raj Kumar and Dr. Kaveri Swami. The Parliament was graced by their wise words following which the speaker arrived and the session started. Before getting into the bills, strict rules were set to be clear to the ministers. Social welfare Minister opened the session regarding the motion of Prohibition of Child marriage Amendment Act -2022. The Opposition party raised several problems and questions related to the bill. It was then followed by reading of the bill by the ruling party. The majority was with the decision to pass the bill, therefore the bill was passed and sent to the President.

The zero-hour session started after the lunch break. The members were assigned one question per ministry that had to be answered within 1 minute for which one sub question was permitted. Questions were around the topics such as the Inflation of the economy, Agnipath Scheme, Marital Rape, Social Welfare, Health- Post covid health and mental well-being. The office was then passed on to the hands of the Deputy Speaker and the session was continued with the question of the power and electricity ministry, Education, Problems related to the bad condition of the roads especially during rain, Improving the situation of the minorities and Unorganized work sectors. With these the zero-hour session came to an end.

The event was then followed by the award ceremony. The different categories of prizes given were as follows:

The event ended with Ms. B.V Geetha and Dr. Vinayak K addressing the Parliament and the Momento Distribution to all the Guests and partners present. 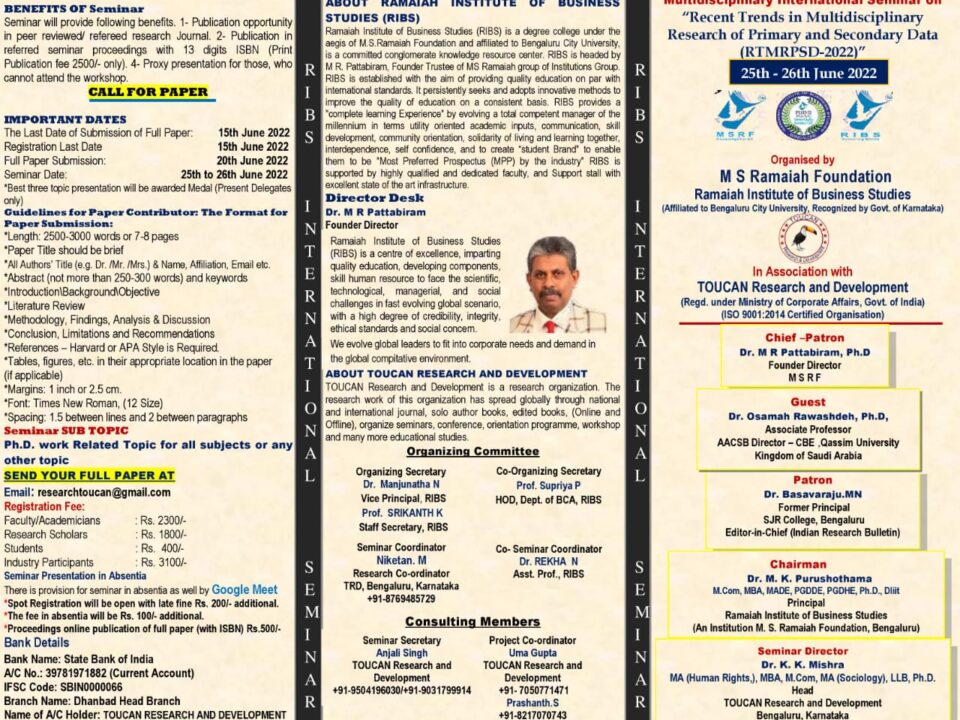 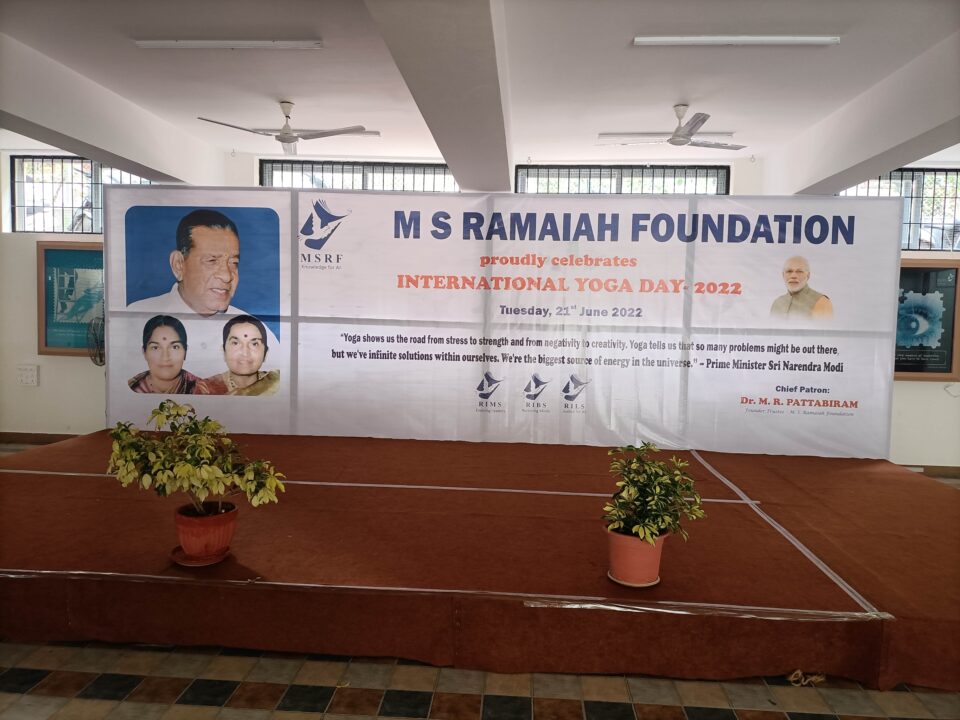